How Is Debt Divided During a Divorce?

During a divorce, there is more to divide than property and assets. A divorcing couple also has to decide how to divide debt. Examples of debt include credit cards, mortgages, and school loans. Medical bills and car loans also constitute debt.

Just like deciding on child custody, debt division on marital property can have a significant impact on your future. As you go through a divorce, dealing with finances and debt is likely a priority. Keep reading to discover the options you have for debt division during a divorce.

Dividing the Debt Yourselves

You and your partner may work with a mediator to determine how to divide property and debt. Both of you can decide to sell an asset like a family car to service the debt.

If you can’t sell assets, you can create a payment plan. Here, you decide on the sum each person will contribute monthly to pay off a joint debt on marital property.

Alternatively, you can choose to divide the debt amongst yourselves. Then, each of you will be responsible for paying your assigned share.

Dealing with debt division on your own can help you and your partner maintain an amicable relationship. Maintaining a good relationship is essential when children are involved in a divorce.

Getting the Courts Involved

You and your partner may be unable to agree on how you should handle debt during a divorce. A family law judge will decide on debt division if you can’t agree.

Minnesota treats the division of marital property the same way as property division. But first, the courts will decide if your debt is marital or non-marital. Marital debt is also called shared debt. It is the debt that a couple accumulates during the marriage.

Non-marital debt is also called separate debt. Normally, it is the debt that someone accumulates before marriage. Both parties are responsible for paying off marital debt. The responsibility for non-marital debt lies with one partner.

But, there are some exceptions to the rule above. A student loan may be the responsibility of only the one who took it out. Unreasonable expenditures that one spouse incurred during the marriage and hid from the other party may qualify as non-marital debt.

You may wonder if you will get saddled with the debt you and your partner obtained together. Minnesota divides debt through equitable distribution. Equitable distribution means the court will divide the debt fairly among both people, but this doesn’t always mean a 50/50 division of the debt.

Make sure you have a record of all the shared debt between you and your spouse. The record will help your lawyer classify the debt as marital and non-marital for equitable distribution. Having the court intervene can move the process along faster, thus allowing you to heal after a divorce.

Factors That Impact Division of Debt During a Divorce 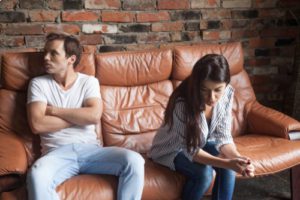 Equitable distribution of marital debt may mean that each party pays off half the debt. Other times, it may mean that one party takes on more responsibility for paying off the marital property. But, what factors determine how the court divides debt among spouses?

In determining the equitable distribution of debt, the court analyzes:

Creditors and Debt Division During Divorce 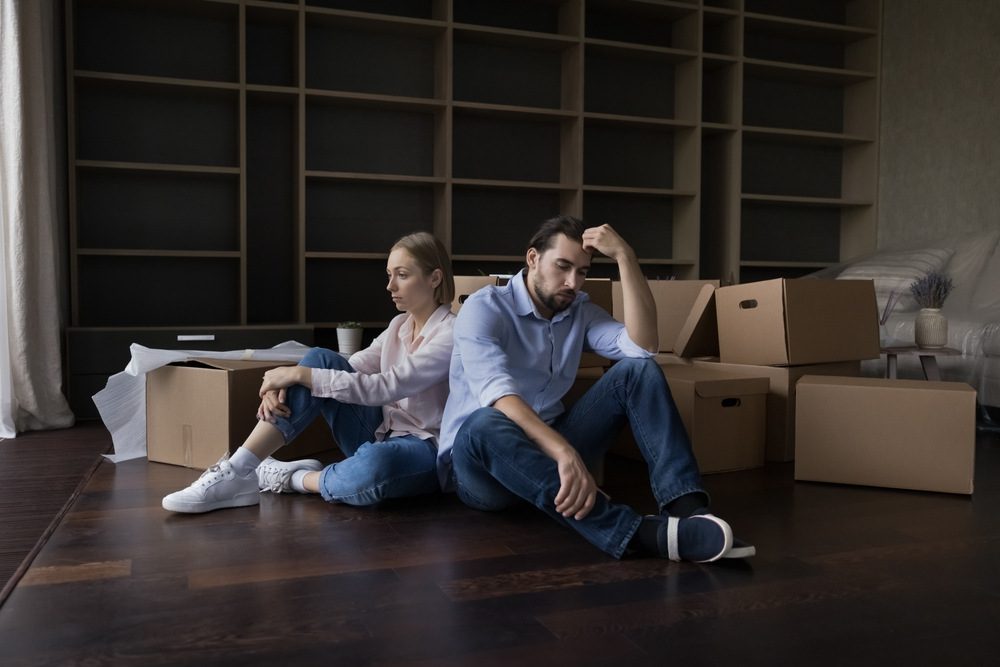 Debt division during a divorce is challenging, especially if it involves a family-owned business. Thus, the decision by a family law judge on debt division can make you feel relieved. You should know that a family law court has no authority over third-party creditors.

There’s a lack of jurisdiction because creditors are not parties to a divorce case. Thus, the court’s decision is not binding for such creditors. In simple terms, each person is still individually accountable for the whole loan. So, a divorce doesn’t liberate either of you from the responsibility of debt repayment.

For example, the court may assign one spouse the responsibility of repaying a mortgage. If they default, the creditor can go after the other party for repayment.

Dividing marital debt during a divorce can become complicated and stressful. At CJB Law, we can answer all your questions on debt division and advise you on the next steps. If you are thinking about divorce or have already started the process, contact us today to speak with one of our talented attorneys.