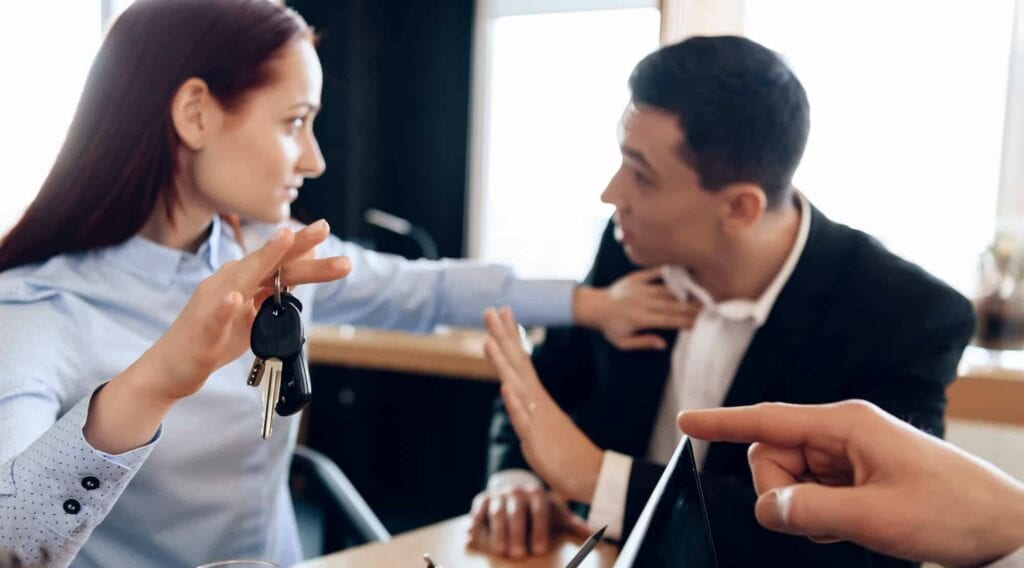 Divorce is an emotionally charged and difficult process, and it only becomes more complex when property division is added into the equation. One of the best ways for individuals to protect their rights is to become knowledgable and well-informed regarding their responsibilities — along with what they are entitled to during property division.

It’s not uncommon for divorce proceedings to be lengthy and stressful endeavors. It’s during these troubling times that many spouses find themselves missing crucial pieces of information about the nuances of property division, and how they can ensure that their rights are being taken care of.

One of the more misunderstood aspects of property division is how different states actually have varying ways in which they manage the process.

Minnesota is considered an equitable distribution state.   A judge will consider a wide variety of factors that may impact how to distribute property amongst the parties equally. Some of these factors include (but are not limited to):

Minnesota does not offer both parties an automatic split down the middle route, where marital assets are divided 50/50 between spouses. Instead, the court will use the factors mentioned above, such as the length of the marriage, earning capacity, etc. to determine what is an equitable division of property.

Currently, there are nine states in the U.S. that are considered community property states.

In these states, all property that is acquired during a marriage is considered marital property, which means that it can be divided between spouses during a divorce. Because both individuals are considered one singular economic unit, each spouse is entitled to exactly half of the marital assets during a dissolution.

The Ins and Outs of Marital Property

Marital property can seem like a complicated situation on the surface, but once an individual understands the bottom line that separates marital and non-marital property, they are able to make much more informed decisions during a divorce.

For couples in Minnesota who are going through the difficult process of a marriage dissolution — marital property is of the utmost concern. However, there may be some grey area surrounding what is marital property and what is non-marital property. We’re here to provide some much-needed clarity regarding their differences.

What is Marital Property?

Any property, assets, or debts are then considered eligible for property division here in Minnesota. There are certainly some areas that may need further discussion, such as an inheritance, but that is typically taken care of during the designated valuation stage. An experienced family law and divorce attorney will help create some transparency and equitable division.

If a spouse wants to dispute certain properties that were acquired during the marriage and claim them as non-marital, they may do so. However, it’s up to whichever spouse is making these claims to provide proof that the designated property is, in fact, non-marital.

Because Minnesota only divides marital assets, we often get questions about how the courts make their decision. There are a lot of factors that can affect marital property division, including:

Each one of these areas can affect the division of marital property, and it’s important for spouses to be aware of how these factors can impact the outcome of a divorce.

What is Non-Marital Property?

Any and all property that was acquired either before, during, or after the marriage is considered non-marital property. However, these are not the only stipulations that designate property as non-marital.

The Home and its Complications

Some property can be a little complicated, especially the home. There are certain issues that can arise when dealing with the homestead in that it is not uncommon for one spouse to have owned the property prior to getting married.

The waters can become muddy because, after the marriage, both spouses live in that home and create marital value within the same location and property. So, when a marriage dissolution occurs, the home can become both marital and non-marital and requires specialized consideration during the property division stage.

This is where the Schmitz Formula comes into play, and it’s a technical way in which the courts manage certain complications regarding the homestead and property division.

How CJB Law. Can Help

Finding experienced legal counsel during a divorce can make a world of difference in protecting a spouse’s rights and ensuring fair and equitable property division. Understanding the differences between non-marital and marital property is an important step for couples in Minnesota, where equitable distribution determines their future.
Here at CJB Law., we’ve guided numerous spouses through the difficult property division process, and we have satisfied testimonials to back it up.